Food for thought as apartment scrap recycling pays off

We are excited to be working with the City of Sydney as they successfully expand their FOGO program to apartment blocks, supporting residents to live more sustainably.

This article was originally published in the Financial Review by Jimmy Thomson. 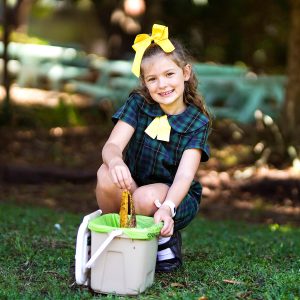 There is a common misconception that apartment blocks are more sustainable than stand-alone houses because of the economies of shared space.

They’re not. The energy consumed by indoor lighting in common areas, lifts, extractor fans to keep air flowing and the fact that water has to be pumped to the top of the block gives high-rises a much larger carbon footprint.

Then there’s the air conditioning required to stop those boxes getting too hot as global warming kicks in. Ironic, eh?

With that in mind, some councils with high numbers of apartment blocks have been trying to find ways to offset the carbon cost of the blocks by recycling anything that can be reused – including food scraps.

City of Sydney Council, overseeing one of the largest concentrations of apartment blocks in the country, has been at the forefront of this movement, including extending its food scraps collection and recycling service from stand-alone houses to strata schemes. The CoS trial involves more than 1000 houses and 120 apartment buildings across the city, comprising more than 10,000 households. The plan is to more than double the number of apartment blocks involved from 120 to 250.

OK, but why would non-greenie investors care? Interestingly, studies conducted in the US and UK in the past year or so found that sustainability rates very highly among prospective property purchasers and tenants. In one survey of American real estate agencies, 61 per cent said they had clients interested in sustainability – the highest of any single issue, although that bled into factors such as saving on utilities and personal comfort. 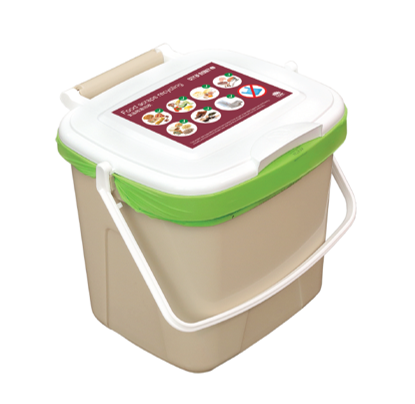 But the CoS food scraps program takes it to a whole new level. In its trial, households are provided with a supply of compostable liner bags and small food scraps bin. The leftover bags are dropped in special communal wheelie bins, from which they are transported to the EarthPower waste management plant in the city’s west. There they are broken down to produce combustible biogas and fertiliser pellets. The gas is used to generate electricity – it’s much less polluting than coal or natural gas – which is fed into the grid for consumers who have opted for green energy supplies. That said, the EarthPower plant is undergoing an upgrade so CoS food scraps are going straight to composting and fertiliser.

The hidden benefit of all this is that if the food scraps were just dumped in landfill, they would create methane, which is considerably worse for global warming than even carbon dioxide.

Of course, Sydney is not the only council into recycling but it has to be said that, judging by its website material, Melbourne is a bit behind the times. Yes, it has recycling bins but when it comes to food waste, the advice is to eat your leftovers or get into composting or worm farms. However, this is a rapidly evolving area and your local council may also be providing a food scraps recycling program or thinking of starting one – go on their website or call them up to find out.

If you live in City of Sydney or just want to know more about its program, go to www.cityofsydney.nsw.gov.au/environmentalsupport-funding/food-scraps-recycling-trial.

Now all we have to do is convince the nonrecyclers among us that stuffing all their garbage in a plastic bag that messes up the whole system isn’t a political act of defiance – it’s just a sign that they are lazy and ignorant.

For more information about this program, please contact our Expert Team.